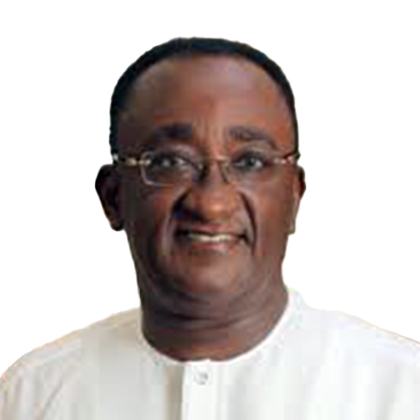 Honourable (Hon) Dr. Owusu Afriyie Akoto holds M.Sc. and PhD degrees in Agricultural Economics from the University of Cambridge, England. He worked as an Economist, Senior Economist, Principal Economist, and Chief Economic Advisor over a period of 18 years at the International Coffee Organization (ICO) in London, England. He has also worked as a consultant to the World Bank and the United Nations on Soft Commodities (Cocoa, Coffee, Sugar). Between 1995 and 2007, he was the CEO of two international commodity companies, Goldcrest Commodities Limited and Plantation Resources Limited both based in Ghana.

In 2008 he was elected to the Parliament of the Republic of Ghana. He spent two terms as Member of Parliament for Kwadaso Constituency in Kumasi, Ashanti Region. In Parliament, he held the positions of Deputy Ranking Member and subsequently the substantive Ranking Member for the Committee on Food, Agriculture and Cocoa Affairs until 2017.

In 2017 he was appointed the Minister for Food and Agriculture. In this role he has spearheaded the design and implementation of the Government of Ghana’s popular and transformational agricultural flagship programme, Planting for Food and Jobs (PFJ).

He was born in Kumasi in the Ashanti Region, a Christian married with 8 children.

The National Development Planning Commission (NDPC) was established under Articles 86 and 87 of the 1992 Constitution as part of the Executive.